In virtually no time the world has accustomed to “mobile apps” not just in general conversations but more in terms of their applicability. Ever since the launch of Apple App Store in 2008 (which had 500 apps) followed by the world-wide smartphone revolution thereafter, the exponential rise of apps has been one of the most dominating narratives that are dictating the current scenario. We witnessed how technology leapfrogged during this decade, how mobile apps changing the behavior of the customers – smartphone users first overtook desktop and laptop users, and then apps became powerful tools for performing almost all the tasks –shopping, bill payments, online courses, ticket bookings, internet banking, watching movies & videos, and most importantly conducting business.

Studies and surveys are replete with the findings that explain a lot why mobile apps are highly beneficial for businesses. The fact that people’s growing drift towards excessive use of mobile apps, has also created a massive opportunity for marketers today. According to a recent study by Statista, in 2017 alone, there are close to 200 billion mobile app downloads. Other study says 52% of time people spend on digital media is on mobile apps. As per the prediction made by Gartner, around 268 billion app downloads will generate approximately $77 billion by the end of 2017.

The current trend of growing popularity, benefits of mobile apps for business and utility of mobile apps suggests how mobile app development companies are in huge demand. As far as people are concerned, when it comes to looking for new products and services – they are using smartphones as an indispensable tool. However, the pertinent question that emerges here is: Are people using search engines in mobile phones to search for product and services they need? Not exactly, since mobile apps are playing that important role for them.

Businesses have to perform a great deal of work to get their apps to the masses. They have to strategize certain promotional techniques because the rising number of apps is also posing a significant challenge to businesses to make their apps visible and recognized. For an instance, push notifications, loyalty programs and mobile coupons have been part of marketing strategies for app promotion. Moreover, the increasing innovation in technology is not only helping in what can be done with mobile apps, but also assisting in increasing their accessibility to a bigger pool of consumers.

With the advent of growing internet outreach, mobile revolution, and different social media channels, businesses have found a comprehensive sales platform to promote their apps – “Webinars”. They are using webinars as an effective sales tool either to advertise their products or to market their newly launched business app. These businesses are directly interacting with target audiences through a reliable webinar software in order to tell them the know-how of their apps. These webinars are being ostensibly used to increase awareness and information regarding a new product or service by business owners.

Today, there is an increased challenge for companies, especially small businesses, to dethrone more popular apps from the top-sellers list. In order to do that, they are performing app store optimization, which helps them tweak their app store listing to rank higher in the search results so that they can get huge benefit from mobile apps for their businesses. They have to include important keywords in their app description, create eye-catching app icons, and include perfect screenshots and app preview.

Another strategy being widely adopted by businesses to get benefit from mobile apps is incentivizing app downloads. The fact is no matter how much customers are coaxed, cajoled or persuaded, they need some reason to download and use it. For example, discounts, free-coupons and improved shopping experience for customers are some of the incentives that are being used for promotion. At times when customers are using desktops and laptops rather than smartphones, they might come across seemingly useful apps which they want to download. In such instants also businesses are encouraging customers by helping them text themselves to their (businesses’) apps with the help of apps that provide a text-to-download service for downloading a mobile app.

Marketers and businesses took no time to understand the vitality of app technology, for it provided them a new channel of visibility. It was a paradigm shift for them but at the same time they had to comprehend the complexities of designing a good quality app, which not only could represent their brand, but could generate revenues for them as well. By realizing apps’ enormous business potential, business owners started to capitalize on their user-friendly nature and easy-to-organize features. The apps that successfully represent businesses’ brand also play a greater role in increasing their loyal customer base. Admittedly, companies believe that they can get more and more benefits from mobile apps for their business and their users can get updates on every new addition in their product line thanks to this outreach through mobile apps.

Productivity has been a key benefit for organizations due to the arrival of apps. Marketers are now able to take benefit from mobile apps and do many things while interacting using a smartphone. They can gather relevant information and provide it faster to prospect customers. People, too are saving a lot of time and money by using certain apps. Another benefit of mobile apps for business is an improved workflow across the functioning of businesses. Information can now be entered into cloud-based apps and can be sent to a back-end system, where a data entry professional or an analyst can process the information. What else can best exemplify the increased relevance of mobile apps for businesses when Facebook acquired WhatsApp in 2014? The whopping $19 billion deal conveyed a powerful statement of apps’ importance.

Another area of impact on business due to mobile apps is communication. The popular apps such as Skype, Google Talk, Facebook Messenger and Twitter have taken communication to the next level. These apps have not only improved and strengthened social relations, but they also have remarkably helped businesses in various ways. Companies can access real-time information in order to keep their employees well-connected and informed. Furthermore, business meetings and teleconferences can be done with the help of apps without physically present in meeting rooms.

The mobile app market still has a lot of space to grow in the future. According to Statista, the gross annual revenue is expected to $189 billion by 2020. There is no possibility of app market saturation any time soon. Part of the reason for further rise of mobile apps is consumers are evolving more rapidly than businesses themselves. Keeping in mind the upcoming technological innovations, the future of mobile apps seems very promising with inconceivable potential. Let us take a look at what may be there in store for us:

Mobile apps are here to stay. The way they have changed the rule of business is simply incredible and online businesses are talking benefits from mobile apps. The credit also goes to the improved functionality of smartphones, but what came out of it in the form of apps, has produced palpable global impacts. Whether it is supporting business or increasing personal convenience, apps hold a key to future. 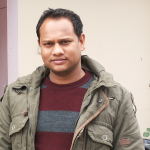 THE EVOLUTION OF DIGITAL MARKETING: HOW TO BE SUCCESSFUL IN 2021

How to Build an Email Campaign That Actually Works